How to Toggle the Touchscreen in Windows 10

How to Change App Permissions in Windows 10

MBR vs. GPT: Which Should You Use for Your SSD? 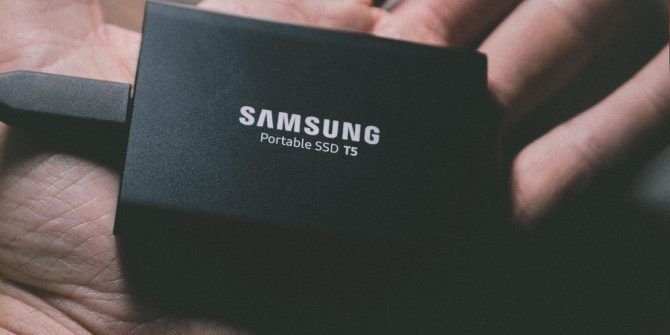 When you connect a drive to Windows, you need to choose between Master Boot Record (MBR) or GUID Partition Table (GPT). These are methods that hold information about how the data is stored on the drive. But how do you know which one to use?

We’re going to look at the differences between MBR and GPT, which is best for Windows 10, along with assessing which is the best for your SSD. While GPT is more modern and has greater advantages, there are some unique situations where you need MBR.

Simply put, partitions are sections on the drive that store data. You always need at least one partition on a drive, or else you can’t save anything. Although you might only have one physical drive, you can use partitions to split it up and assign a different drive letter to each partition.

The biggest limitation with this is that you cannot use logical partitions as boot volumes, which is a type of partition that holds Windows operating system files. For example, you could have Windows 10 on one partition and Windows 7 on another. This won’t be a problem for most people unless you want to boot multiple operating systems from the same drive.

GPT doesn’t have the same limitation. You can create up to 128 partitions on a single GPT drive without using the logical partition workaround. The 128 limit is dictated by Windows (other operating systems allow for more), but it’s unlikely that you’ll ever be in a situation where you reach that number.

In short: MBR can have four primary partitions; GPT can have 128.

Solid-state drives (SSD) are more expensive when compared to their hard disk drive counterparts, though the price gap continues to close. The capacity offered by consumer SSDs continues to grow, too. It’s now commonplace to buy SSDs that offer multiple terabytes. The drive’s capacity will dictate your decision of MBR or GPT, as they have different limits.

The technicalities behind it are tricky, but MBR is constrained by the capacity and the limited number of its sectors—only 32 bits are available to represent logical sectors. You can find out more on Microsoft’s TechNet blog, but it means that MBR can only use up to 2TB of storage space. Anything larger than that, and the extra disk space is marked as unallocated and unusable.

GPT allows for 64 bits, which means that the storage limitation is 9.4ZB. That’s a zettabyte, which is one sextillion bytes or a trillion gigabytes. In practice, what it really means is that GPT has no real-world limit. You can buy any capacity drive, and GPT will be able to use all of the space.

MBR stores all the partition and boot data in a single place. This means that if anything gets corrupted, you’ll run into a problem. If any data gets corrupted with MBR, chances are you’ll only find out when your system fails to boot. Recovery from MBR is possible but not always successful.

GPT is far superior in that it stores multiple copies of the boot data across several partitions at the beginning and end of the table headers. If one partition gets corrupted, it can use the other partitions to recover.

Additionally, GPT has error-detecting code that will assess the partition tables on boot and see if there’s anything wrong with them. If it detects errors, GPT can try to repair itself.

In short: GPT is more resilient to errors.

BIOS and UEFI are interfaces that boot your machine. While they both serve the same purpose, they are different.

BIOS is older (it’s been around since the 80s), and any new system purchased since 2010 will very likely use UEFI.

Related: How to Enter the BIOS on Windows 10 (And Older Versions)

Your ability to use MBR or GPT will depend on which interface your system supports:

In short: MBR is good for older operating systems; GPT is more suitable for modern computers.

MBR vs. GPT: Which Is Best?

To cut to the chase, GPT is best. It’s a must-have if your drive is more than 2TB. GPT is more corruption-resilient and has better partition management. It’s the newer and more reliable standard.

SSDs work differently than an HDD, with one of the main advantages being that they can boot Windows very quickly. While MBR and GPT both serve you well here, you’ll need a UEFI-based system to take advantage of those speeds anyway. As such, when it comes to MBR or GPT for SSD, GPT makes for the more logical choice based on compatibility.

When should you use MBR, then? Really, only if you want to run old operating systems. The standard user will likely have no desire to do this, especially since SSDs are better suited to current operating systems like Windows 10. Using an SSD on Windows XP, for example, will significantly reduce the drive’s lifespan and performance due to lack of support for a feature called TRIM.

In short: Use GPT.

How to Check If Your Drive Uses MBR or GPT

If you want to see whether your existing uses MBR or GPT, it’s easy.

How to Convert From MBR to GPT

As we’ve established, GPT is the winner. If you’re unsure which one you want, go with GPT.

If you’ve set your drive to use MBR and want to use GPT, don’t fear. There are tools you can use to switch your partition table without losing any data. Not only are they free, but they’re also really easy to use.

How to Convert MBR to GPT Without Losing Data in Windows

There are two easy ways to convert MBR to GPT without losing a scrap of data. In this tutorial, we cover both methods.


Joe was born with a keyboard in his hands and immediately started writing about technology. He has a BA (Hons) in Business and is now a full-time freelance writer who enjoys making tech simple for everyone.