The Best Way to Clean Windows 10: A Step-by-Step Guide

How to Connect Any Modern Xbox Controller to PC: 3 Easy Methods 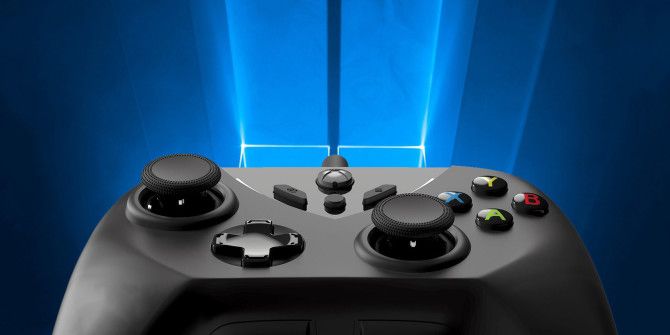 Wondering how to connect an Xbox One controller to your PC? While a keyboard and mouse is superior for many genres, other types of games work better with a controller.

As you’d expect, connecting an Xbox controller to a Windows PC is easy since Microsoft handles both platforms. Here’s how to use your Xbox controller to play PC games—this works for both Xbox One and Xbox Series S|X controllers, since they’re nearly identical.

There are three ways to pair an Xbox controller to your PC. We’ll cover each method in turn.

1. How to Connect Xbox Controller to PC via USB Cable

The most straightforward way to connect your Xbox controller and PC is with a micro-USB cable (or a USB-C cable for Series S|X controllers). Simply plug the slim end into your Xbox One controller and the other end into a USB port on your PC. Hit the Xbox button to turn the controller on if it doesn’t do so on its own.

On Windows 10, your computer should recognize the controller instantly. On earlier versions of Windows, the OS should automatically download drivers and your controller will be ready in a few moments.

Note that even when plugged into a computer, the batteries in your Xbox controller will drain. We recommend picking up the Xbox One Play and Charge Kit (or the Xbox Rechargeable Battery for Series S|X controllers) to give your controller recharging capabilities. With it, your controller will charge when connected to your PC, eliminating battery life concerns.

When you want to disconnect your Xbox controller from the PC, just unplug it. It may flash for a few seconds as it’s looking for other devices, but it will turn off before long.

2. How to Connect Xbox Controller to PC Using Bluetooth

Read more: Does Your Computer Have Bluetooth Built In?

To use Bluetooth, head to Settings > Devices > Bluetooth & other devices in Windows 10. Enable the Bluetooth slider (if it isn’t turned on already), then choose Add Bluetooth or other device. Select Bluetooth from the list.

From here, your Xbox controller should show up in the Bluetooth pairing menu on your PC. Select it and complete the steps to pair them. If you have trouble, refer to our guide on setting up Bluetooth in Windows 10.

3. Use the Xbox Wireless Adapter to Pair Xbox One Controller to PC

Microsoft has a standard called Xbox Wireless that’s built into a few computers, but there’s a good chance it’s not part of yours. So to sync your Xbox One controller and PC wirelessly without Bluetooth, you’ll need to buy the Xbox Wireless Adapter. This adapter lets you connect your Xbox controller to your PC wirelessly, through the same proprietary connection used by your Xbox console.

Plug it into a USB port on your PC and let Windows install drivers. Once it’s done, press and hold the button on the adapter and you’ll see a light flash.

From here, you can enjoy your Xbox One controller on your PC wirelessly, just like using Bluetooth. We only recommend this method if you have an Xbox One controller that’s not Bluetooth-enabled. Otherwise, you could add Bluetooth to your computer with an adapter that’s cheaper than the Xbox Wireless Adapter.

How to Reconnect Your Xbox Controller to Your Console

When using your Xbox controller wirelessly, you can turn the controller off by holding the Xbox button on it for around five seconds. When the light goes out, the controller is off.

Keep in mind that if your Xbox controller is already paired to your console, pressing the Xbox button will turn the system on. You should still be able to pair it wirelessly using either of the methods above, but you’ll probably want to turn your console off after you do so (or shut down and unplug it before you start).

To pair the controller wirelessly, press the pairing button on the system. It’s to the left of the disc tray on the original Xbox One, and at the bottom-right of the front panel under the power button on the Xbox One S and Xbox One X. On Xbox Series S|X, it’s next to the USB port at the front of the system.

After hitting this button, turn on your controller by hitting the Xbox button, then hold the Pair button on the top to pair it.

Read more: Xbox One Controller Not Working? Tips on How to Fix It

If you have an Xbox Series S|X controller, there’s a convenient shortcut for switching paired devices. When you have it connected to a Bluetooth device, press the Pair button on top of the controller twice to immediately switch to the last Xbox Wireless connection (usually your console). Then, press the Pair button twice again to reconnect to the Bluetooth device you were just using.

Connect an Xbox Controller to Your PC Easily

You have plenty of options for connecting an Xbox One or Xbox Series S|X controller to your PC. Whether you want to connect with a USB cable for the simplest option or prefer to connect wirelessly with Bluetooth, now you understand the available methods.

Meanwhile, a Windows PC isn’t the only device you can connect an Xbox controller to.

How to Connect a Controller to an Android Phone or Tablet

Sick of touch controls for gaming? Find out how to connect a PS4, Xbox, or other controler to an Android phone or tablet.