8 Reasons Why Semiconductors Are Important to Modern Living

Buying a New Hard Drive: 7 Things You Must Know 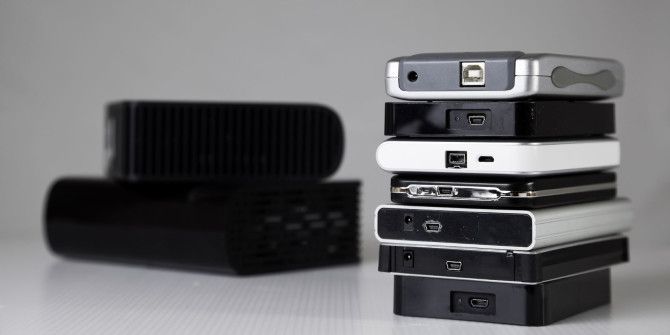 All hard drives die. It’s normal to purchase a new one every few years, either to replace an old hard drive or to use it as an additional backup drive.

Hard drive shopping doesn’t have to be difficult. In fact, there’s a lot of room for error, so don’t be anxious! Just follow these guidelines, and you won’t have to worry about buying the wrong hard drive.

The first consideration when deciding to buy a data storage drive is whether you need a solid-state drive (SSD). While SSDs serve the same general function as traditional hard disk drives (HDDs), they have a few pros and cons.

An SSD is a type of data drive that uses flash memory instead of the spinning metal disks found in traditional HDDs. Think of an SSD like a massive USB flash drive or SD card.

But how important is that distinction?

If the drive is going to run an operating system or hold a lot of frequently accessed files and programs, then go with an SSD instead. Speed and performance are the primary benefits of an SSD over an HDD.

Looking for recommendations? You can’t go wrong with the Seagate BarraCuda 4TB 3.5-inch Internal HDD or the Samsung 870 EVO 1TB 2.5-inch Internal SSD. Both are solid picks for most use cases.

Once you’ve decided between HDD and SSD, you have to pick a form factor. Thankfully, there are only two «real» choices, and your current setup mostly dictates the right choice.

SSDs don’t have any moving parts, so they can be made smaller than HDDs. As such, most SSDs come in the 2.5-inch form factor. What if you need to fit an SSD into a 3.5-inch enclosure? Some adapters let you turn 2.5-inch drives into 3.5-inch drives.

As for connections, most modern internal drives (both HDD and SSD) use SATA connectors. Older internal HDDs that were manufactured before the SATA standard use IDE connectors instead. External drives, however, connect to your system through a USB port regardless of whether they’re HDDs or SSDs.

Note: Not sure what SATA, IDE, or USB mean? Check out our post on common computer cables.

Here’s what to look for in a modern hard drive:

Storage capacity. HDDs come in a wide range of capacities, capping out at 18TB per drive due to physical limitations. SSDs can’t hold as much space, and consumer-grade SSDs currently max out around 5-8TB per drive.

Transfer speeds. Many factors determine the performance of a consumer-grade HDD, but revolutions per minute (RPM) is an important one. Higher RPM means faster transfer of data to and from the drive.

You can ignore the drive’s SATA speed. For example, a modern drive might be listed as 3.0GB/s and 7200RPM. That first value is the SATA speed, which describes the theoretical maximum speed of a SATA connection. No HDD can transfer data at that kind of speed. However, a 7200RPM drive will always be faster than a 5400RPM drive.

Cache space. When a hard disk needs to transfer data from one section of the drive to another, it utilizes a special area of embedded memory called the cache (or buffer).

A larger cache enables the data to transfer faster because more information can be stored at one time. Modern HDDs can have cache sizes ranging from 8MB to 256MB.

Access times. Traditional HDDs have a couple of other factors that impact performance, such as the time it takes for the reader to position itself to read data from or write data to the drive.

While it’s true that two 7200RPM drives could perform differently (e.g., one of them might be slower at re-positioning the disk reader), there’s no standard way to compare access times. Plus, most hard drives perform at similar levels these days, so don’t worry too much about this particular detail.

Failure rate. Since HDDs have moving parts, wear and tear are expected over time—but not all HDDs wear at the same rate. Some models are prone to fail within 12 months, while others have average lifespans exceeding six years. It’s your responsibility to research this on a per-model basis before making a purchase.

Related: How Long Will Your Storage Last?

4. Price and Cost of Hard Drives

When shopping, you’ll run into a wide range of hard drive prices for devices that all look very similar on the surface. It’s up to you to decide which factors and features are most relevant to your needs, then select a hard drive that fits those needs.

However, one way to determine value is to divide the drive’s price by its storage capacity to get its price-per-gigabyte.

Which one of these offers the best value? The 6TB model. The 1TB, 4TB, and 6TB models have price-per-gigabyte values that decrease with larger storage space. Other drives that DON’T become more affordable with scale, though, so you have to be careful: some drives cost more per gigabyte at higher capacities.

But the Samsung 860 EVO 2TB Internal SSD costs way more than twice the price of the 1TB!

Another thing to consider is whether this hard drive will be housed in a desktop case/laptop body or used externally to connect to many different devices.

External drives are ideal for storage, backups, and transfers. They typically connect using USB 2.0, 3.0, or 3.1, which have maximum transfer speeds of 60MB/s, 625MB/s, and 1,250MB/s, respectively. USB 3.1 is preferable, of course, but not essential unless you’re transferring hours of data back and forth every single day.

External drives are portable. They can be shared between multiple computers without any hassle. Just unplug the USB, plug it elsewhere, and you’re done. You can also plug one into a TV or media center for direct media playback.

In all other cases, internal drives are preferable.

Note: Any data drive can be used internally or externally—external drives are essentially internal drives placed in a special protective casing. If you buy an external drive, you can actually take it out of the casing and use it internally!

How to Choose an External Hard Drive

For external drives mainly used for transferring files back and forth, get an SSD with USB 3.1 support for speed and performance. We really like the Samsung T5 1TB USB 3.1 Portable SSD and have had much success with it.

For external drives mainly used for long-term data storage, get a large HDD like the affordable WD Elements 4TB Elements Desktop Drive. I use this for personal storage myself, and I won’t be running out of space any time soon!

If data security is your primary concern, you might consider something like the Transcend 2TB StoreJet M3 External HDD. It comes with military-grade shock resistance, an anti-shock rubber case, an internal suspension system that can survive drops, and built-in 256-bit AES encryption.

Your hard drive choice can significantly impact the performance of games, which is why we always recommend SSDs for gaming.

Since SSD speeds far exceed HDD speeds, games will launch much faster and load much faster between levels, stages, and maps. Seriously, the difference between SSDs and HDDs for gaming is night and day. You’ll regret using an HDD!

When choosing a drive, you have to stick to the parameters of the device:

If you’re using a MacBook Air, MacBook Pro, Mac Mini, or iMac, then there are a handful of extra considerations you should keep in mind when buying a hard drive.

The most important thing is that Mac hard drive upgrades are pretty much DIY projects. You have to tear your device apart just to reach the internal drive, carefully replace it, and then put everything back together. Even the easiest replacement can take at least an hour. This also voids your warranty and any AppleCare insurance you might have.

Things get a bit murky as far as SATA, PCIe, NVMe, and AHCI are concerned. For example, 21.5-inch iMacs in 2017 only have a PCIe slot if the device was initially fitted with a Fusion Drive. You won’t know which connections are available in your exact device unless you specifically look it up.

Read More: SATA vs. PCIe: Which Is Better?

For external drives, you have several connection options, listed in order of increasing data transfer speeds: USB 2.0, USB 3.0, USB 3.1, Thunderbolt 2, and Thunderbolt 3 (also known as USB Type-C). We recommend USB 3.0 as the absolute lowest you should go.

Mac devices use Apple’s unique file systems, so external hard drives ought to be formatted in either HFS+ (Mac OS Extended) or Apple File System (APFS) for maximum performance.

But note that most non-Apple devices won’t be able to read HFS+ or APFS drives! There are ways to read HFS+ on Windows, but APFS is so new that compatibility is severely limited. The only format that cleanly works with both Mac and Windows is FAT32 (but it’s old and has several downsides).

Take Care of Your Hard Drives

If you take care of your hard drives and other storage solutions, they’ll take care of you. At least, for as long as they can. Hard drives aren’t indestructible, but if you keep them secure, they should protect your data for a long time.

If you’re looking for a performance upgrade for your computer, consider one of these fastest SSDs available right now.


Gavin is the Junior Editor for Windows and Technology Explained, a regular contributor to the Really Useful Podcast, and was the Editor for MakeUseOf’s crypto-focused sister site, Blocks Decoded. He has a BA (Hons) Contemporary Writing with Digital Art Practices pillaged from the hills of Devon, as well as over a decade of professional writing experience. He enjoys copious amounts of tea, board games, and football.