Report: Windows 10 Is Getting a New App Store

How to Get Windows 10 Widgets on Your Desktop

5 Things That Still Really Annoy Us About Windows 10 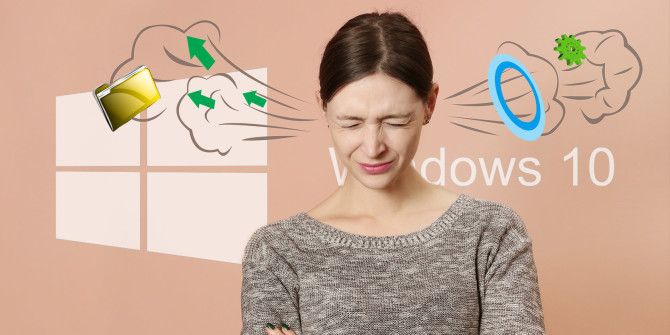 Windows 10, overall, has more good aspects than bad. It’s evolved over years of updates to offer a fast, robust, and stable OS. But it’s not perfect, despite Microsoft’s efforts.

Let’s take a look at parts of Windows 10 that are still frustrating or less than ideal, and why they’re such an issue.

1. Confusion Between Settings and Control Panel

Most of the Windows settings that you can change live in the Settings app. But Windows 10 still includes the classic Control Panel interface, which is largely unchanged from Windows 7. Trying to figure out which settings appear where is a confusing mess.

While Microsoft has moved some of the Control Panel options to the Settings app over time, there’s no reliable way to know which one has the setting you need. Some of them are duplicated in both panels, like the Region settings for date and time display.

Related: The Windows 10 Settings Guide: How to Do Anything and Everything

Further adding confusion, in the latest versions of Windows 10, clicking on some options in the Control Panel (such as Taskbar and Navigation) just leads to their Settings counterpart. This is pointless and feels like a leftover shortcut.

Even worse, some important settings are only accessible using shortcuts on the right side of the Settings app. For instance, to open the System Restore menu, you must head to Settings > System > About and click System protection from the right sidebar.

And this menu isn’t even visible at all time. The list of items on the right sidebar only appears if you’ve resized the Settings window to be large enough horizontally. So those working on a smaller screen, or who haven’t maximized the window, might miss important options.

This is one of the worst problems with Windows 10. Microsoft needs to migrate everything from the Control Panel into the Settings app and better organize it. No other operating system does this; finding the right option shouldn’t require you to keep track of two different menus that lead back and forth between each other.

Cortana was hooked into Windows search when Windows 10 launched, so it looked like the virtual assistant would be a key part of the OS going forward. However, it’s never been a killer feature like Microsoft originally intended.

Searching for local businesses and similar from your desktop isn’t really necessary when everyone has a web browser open with access to Google. And while Cortana can be handy for tasks like setting an alarm or changing settings, it’s never felt like an integral part of the experience. Virtual assistants are much more handy on mobile devices, where text input is slower and you’re guaranteed to have a microphone.

Microsoft has realized this, and ended support for the Cortana app on Android and iOS as of April 2021. Now, Cortana in Windows 10 no longer supports third-party skills or smart home integration, so it’s limited to Windows productivity. We suspect most Windows 10 users have barely noticed Cortana, making it no big loss.

3. The Microsoft Store Is Disappointing

The idea of having one place to search for, install, update, and remove apps is awesome. But the Microsoft Store has failed to live up to this potential.

Read more: What Is the Microsoft Store and How Do I Use It on Windows 10?

Lots of big-name apps aren’t on the Microsoft Store (Discord, Signal, Todoist)—even the company’s own offerings, like Visual Studio Code, are absent. And the Store is plagued with fake apps; some of the top results for «Audacity» are phony versions that both cost a few dollars. This makes the experience pretty much useless for the average user.

When using the few supported apps, the Microsoft Store is handy. For instance, it’s the best way to use iTunes on Windows, as it doesn’t bundle in extra junk. But it’s far from the one-stop app repository it should be, and pales in comparison to alternatives like the Mac App Store.

4. Lack of a Consistent UI

The influences of older Windows versions aren’t limited to the Control Panel. The user experience of Windows 10 is plagued with clashing design choices that aren’t consistent across apps.

Microsoft’s Fluent Design philosophy is supposed to guide how Windows 10 looks, but it’s been years since the company unveiled it and Windows doesn’t follow the standard well at all.

Read more: What Is Windows 10 Sun Valley? Everything We Know So Far

Microsoft has tweaked bits of Windows 10 UI over time, but the gradual change makes it feel like an eternal work in progress. Compare this to other major OS UI changes, such as when Android switched to Material Design or when macOS changed its icons to a flatter look.

Like them or not, those changes happened all at once, so users didn’t feel stuck between revisions.

Windows 10 likes to push you towards using many of Microsoft’s other products. There are several popups, banners, and other ads around the system nagging you about this.

You might see alerts asking you to use Microsoft Edge, ads to store your files in OneDrive, prompts to buy Microsoft Office, «suggested apps» in the Start menu, and similar. These are all annoying and feel slimy in a paid operating system.

Plus, Windows 10 doesn’t include classic built-in games, like Hearts, Minesweeper, and Solitaire. It now offers the Microsoft Solitaire Collection and Microsoft Minesweeper on the Store. Both of these contain ads and want you to pay a yearly fee to remove them, which is ridiculous. You can play both of these games for free online instead.

We’ve shown where to find and disable ads in Windows 10 so you can fight back against this.

These are the biggest overarching issues with Windows 10. There are definitely smaller problems, like how Windows tends to change your default apps with every major update, or how dated File Explorer looks.

But the points above are all major issues that keep Windows 10 from being as good as it could be. Hopefully, Microsoft addresses them in future updates. Until then, you have lots of ways to tweak Windows on your own.

The 8 Best Tools to Tweak and Customize Windows 10

Want to give your PC a unique look? Learn how to customize Windows 10 with these powerful tweak tools that cover your every need.